After the 18th constitutional amendment, there was a popular opinion to have a policy for promotion of sports in the Province; and all the required resources to facilitate and support its development in the framework of ever-increasing modern, competitive, scientific and professional nature both nationally and internationally. So as to address these areas, the Department of Sports appointed a designated Task Force on Sports to design and prepare a draft Provincial Sports Policy based on comprehensive and exclusive consultation with renowned national, international players, consultants, experts, representatives of relevant interest groups and Sports Associations. This Policy offers a formal, integrated and organized framework for the growth and promotion of sports at all level in Khyber Pakhtunkhwa. It is based on the contribution and recognition of the vital role of sport plays in everyday life of the individual, group, community, the nation and in the world. However the policy should be considered as a process as well as procedure rather than as a full and final product. It tries to lead the decision making with connection to the progress of sports as it will also be subject to revision and modification in response to continuous changes in social realities. This policy document will tackle and address the importance of sports, the objectives of the policy, rationale, strategies for development & promotion of sports, role of the key organizations and mechanisms for their achievement. This policy also aims to promote sports in the province by increasing their scope at gross roost level. 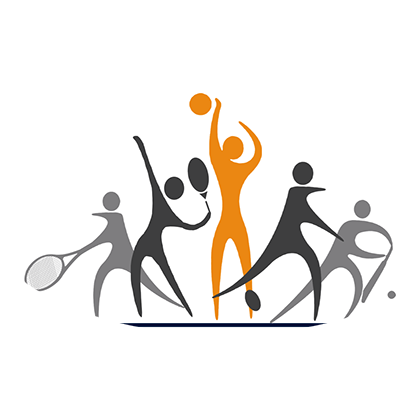 Keeping in view the prevailing situation of sports in the province and its waning standards, the Provincial Government has embarked upon an extensive strategy to reform sports sector and take corrective measures so as to bring about changes in the existing state of affairs. Efforts are being made to remove flaws from the existing system and overcome the bottlenecks so as to strengthen sports at grass root level. As a matter of fact, the exiting situation of sports in the province is not conducive for talent grooming. The unregulated role/intervention of sports associations and their internal politics of likes and dislikes over the years have proved lethal for sports talent. Currently, Pakistan Sports Board (PSB), Pakistan Olympic Association (POA), National Sports Federations (NSF), Provincial Directorate General of Sports, Associations, educational institutions and departments are the key organizing sports agencies at regional, provincial and national levels, but the concept of sports at grass root level is either entirely missing or not up to the required level. At provincial level there is no such mechanism of strengthening sports at grass root level except construction of grounds at tehsil and district level. The sporting facilities in the Provinces are neither evenly distributed nor fully equipped. Very few stadiums or gymnasiums with appropriate facilities exist and all of them are located at divisional headquarters. Sporting activities are generally carried out at educational institutes which are optional and seasonal. Sports outside the educational institutes are mostly controlled by the associations who have their own constitutions and are seldom abide by the laws and rules of the government. There is sheer control of dominant office bearers who have been holding positions in sports associations from last few decades. The time is ripe for the Department of Sports to play its role in streamlining of the existing system, identification, selection, training, promotion and recognition of players. The educational institutions need to be focused and to be made sports nurseries for production of talented and energetic sportspersons who could replace our aging stalwarts in order to develop new and cooperative environment for the promotion of sports. Efforts will be made to facilitate female players and physically challenged for participation in competition and easy access to playing facilities. There is a need to put in place a conscious effort to take forward the syllabus of sports science in schools and as a discipline at university level. Furthermore, for revival of sports goods industry in the province, private sector will be encouraged for the purpose. This is all what justify and necessitate framing of a comprehensive sports policy.

The policy defines sport as all types of formal or informal physical activities carried out with an aim to improve physical and mental fitness, build social bonds or achieve results in different national/international competitions

The Government of Khyber Pakhtunkhwa in Sport Department values sport and considers it as a major means to structure a lively, healthy and fit society and progressive country. It can be accomplished through broad contribution in different activities related to sports, recreation and fitness from village and community level to elite and top class sports involvement and participation at international level competitions. To implement this vision in true spirit, the Governenment of Khyber Pakhtunkhwa will encourage and promote participation of all citizens in sports, recreational and other fitness activities at every level with the aim to provide them healthy and competitive environment where they can avail maximum opportunities to enhance and enrich their capacities and lives through quality sports activities and programmes. The following individual and social level contribution explain the significance of sports

It plays important role in

The main purpose of this policy is to establish a clear and convenient structure to provide and increase the delivery of sports opportunities in Khyber Pakhtunkhwa through systematic participative and coordinated approach at every level through government, educational institutes, associations, private sector and local governing bodies to make sure maximum return. Consistent with national and international trends, the Provincial Sports Policy shall at one hand promote total participation of all segments of the society in sports including men, women, youth, children, senior citizens and specially challenged persons despite of their religion, cast, colour, gender, education and ethnicity are strongly encouraged to be involved in an active and healthy way of life. On the other hand, promotion of competitive sport (sports played at international level) organized in accordance with recognized International rules, regulations and circumstances. Adhering to the growing modernization and use of technology in sports, the Provincial sports policy must give special focus to this very area in almost all games played. The Provincial Sport Policy has the following major interrelated objectives